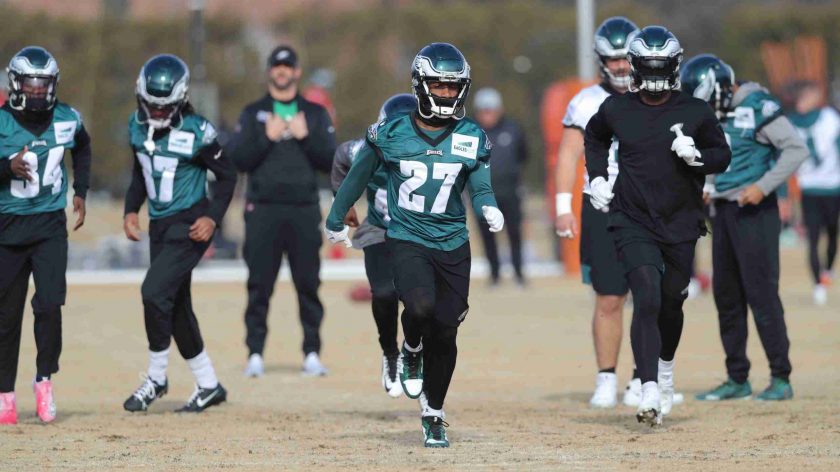 PHILADELPHIA – For the first time in 13 seasons, the Eagles had the NFC’s Special Teams Player of the Week on Kickoff Weekend.

Backup cornerback Zech McPhearson was honored for sniffing out a Detroit onside kick gamble in the third quarter and his excellent coverage skills in Sunday’s win over the Lions.

For his efforts, the Texas Tech product via Penn State was the first Eagles player to win the award on Kickoff Weekend since DeSean Jackson’s efforts as a returner in Week 1 back in 2009.

The Lions tried to catch the Eagles off guard after scoring a touchdown to pull within 10 points late in the third quarter but McPhearson wasn’t napping.

“Zech (was) just being disciplined in the sense of what he’s taught there, and he’s taught a very specific fundamental there while the ball is getting kicked,” head coach Nick Sirianni said after the game. “Zech stayed true to his rules and he executed a huge play in that game. It wasn’t just Zech. The ball happened to go to Zech and Zech caught it. Our whole line and the whole of everybody in the front was doing that.”

“It’s always great when you have a full off-season going against an opponent that you know can pull out some trickery here and there,” said Clay, who started his career as an assistant in Philadelphia during the Chip Kelly era when Dave Fipp, the Lions’ STC, was running things on special teams for the Eagles. “I could tell the guys until I’m blue in the face, watch out for the onside kick, but kudos to Zech to stay disciplined, stay in there at that time of the game not to panic. He stayed patient right there.”

The Eagles were expecting something from Fipp and they got it.

“It was actually pretty cool listening to the guys talk about it,” Clay noted. “They noticed — and we always talk about we have rules on our kickoff return team, always see the ball kicked. But for him to stay in there and kind of alert — there was a different pace by the kicker in terms of that. Then you can see also Patrick Johnson, who plays our rover, was darting there because he saw it, also. So, it’s kudos to them just being so locked into that opportunity right there.

“You never know in the NFL, everyone is trying to win, so they have to be locked in right there.”