Will A.J. Brown or DeVonta Smith have the Better Season? 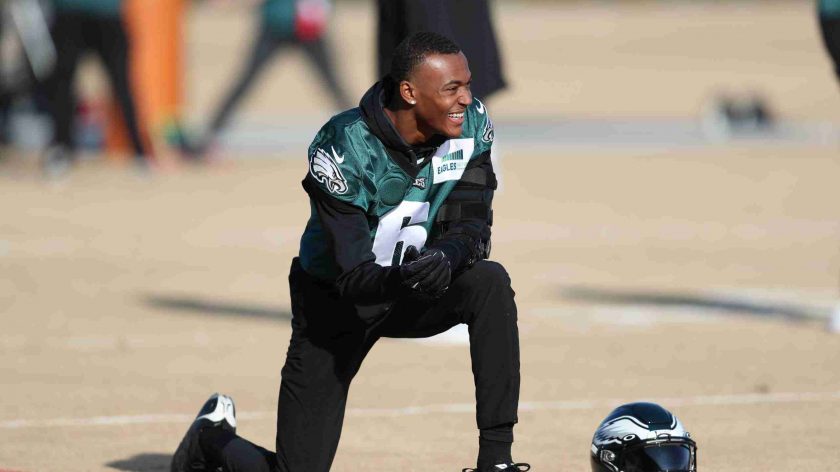 Howie Roseman and the Philadelphia Eagles have had a busy off- Better Season.

Specifically, the wide receiver group was one of the largest concerns over the last number of seasons. The Eagles’ wide receiver corps has gone from being one of the most disappointing and underwhelming groups in the NFL to a real threat with a new collection of game-changing pass-catchers.

The headlining duo of DeVonta Smith and A.J. Brown should be a dangerous combination this season, but who will prove to have the bigger season?

The addition of Brown to this Eagles offense will give Jalen Hurts yet another dangerous weapon to operate with, but Smith should remain a prominent factor in the offense. Each receiver displays very different playing styles, giving the offense a new dangerous dynamic for opposing defenses.

FanSided.com’s national NFL reporter Matt Verderame briefly broke down the receiving group where Brown uses his strength and size to get open and rack up YAC numbers with his speed. On the other hand, Smith’s smaller body frame causes him to rely on his superb route-running ability and impressive speed. The potential issue is that with such high-caliber players, getting the ball to each enough could prove to be difficult.

“The only guy they got to feed is A.J. Brown, you give him $100 million, you better get him the ball quite a bit,” said Verderame, who joined JAKIB Sports’ Birds 365 earlier this week.

Regardless of their differences, both receivers had very similar statistics last season. Brown and Smith both caught five touchdowns with Smith compiling 916 receiving yards compared to Brown’s 869 receiving yards. Brown has averaged just over 998 receiving yards throughout his three years in the NFL. Injuries last season prevented Brown from reaching the 1,000 receiving yard mark for the third time.

Although both receivers have posted similar numbers, they have played in more run-heavy offensive schemes. Brown being a receiver in the Titans offense that featured Derrick Henry hindered his ability to put up more impressive numbers on the stat sheet. As for Smith, last year’s Philadelphia offense shifted to becoming a balanced, yet run-first leaning offense as the season progressed. The offensive change prevented Smith from becoming the Eagles’ first wide receiver to reach 1,000 receiving yards since Jeremy Maclin’s 2014 season.

The presence of a heavy run game is nothing new to either receiver, so that could help the offensive coaching staff when it comes to the distribution of traffic.

When it comes to who has the bigger season, it may depend on who the defense views as the larger threat. Brown is one of the league’s top receivers and his physical presence is a very known commodity throughout the NFL. Such a reputation will most likely warrant a greater number of double coverages and added focus on him. Therefore, the distraction that Brown could serve as at times will benefit Smith to get open effectively as he demonstrated in 2021 and likely rack up larger numbers.

Additionally, Smith was the Eagles’ WR1 as a rookie and competed with the top cornerbacks on each team. Brown will most definitely be able to overcome the added coverage and thrive, as he has displayed in Tennessee, but he will also have to face opponents’ primary cornerbacks. Being able to work against second-tier defensive backs will allow Smith to succeed even more.

While the Brown and Smith duo is sure to be effective and exciting to watch, only one of them can get the ball at a time.

The tandem is made up of two very different high-level players, and the duo may end up having similar seasons, once again.

Nevertheless, this is a wide receiver group that shows great promise.

While Smith may have the better season statistically, it’s important to realize that the threat Brown presents could fuel such success or vice versa.