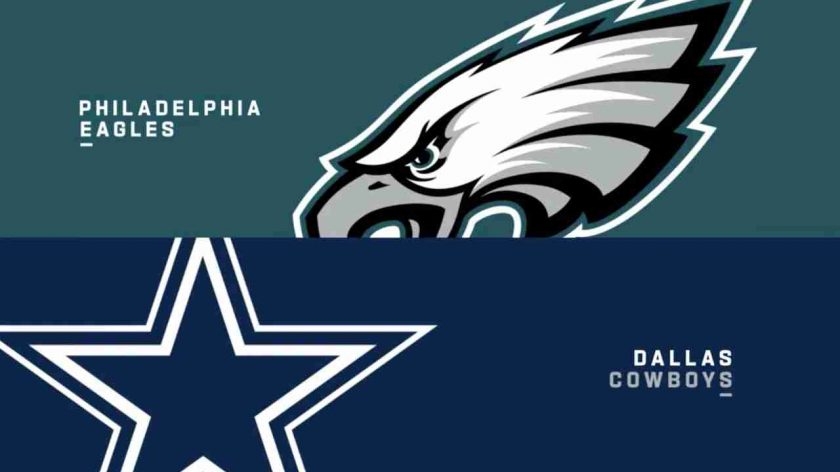 The Eagles will always have fourth-and-26 to remember. On Christmas Eve, they gift-wrapped the Dallas Cowboys a resonating catchphrase that may last a while—third-and-30.

It has a ring that will plague the Eagles and their fanbase for the holiday season until they host the New Orleans Saints next Sunday.

Long before Miles Sanders put his hands on his face after his fourth-quarter fumble with 2:19 to play, the Eagles blew a very winnable game by surrendering a 52-yard completion on a third-and-30 play.

It epitomized a folly of mistakes that translated into a 40-34 loss to the Cowboys at AT&T Stadium, dropping the Eagles to 13-2 overall while Dallas improved to 11-4.

More importantly, it delayed what seems to be the inevitable—the Eagles securing home-field advantage throughout the NFC playoffs with another victory.

The loss was the first road defeat of the season for the Eagles, who had numerous chances to win, despite playing without MVP candidate Jalen Hurts.

Back-up quarterback Gardner Minshew was serviceable, completing 24 of 40 passes for 355 yards, with two touchdowns and two interceptions. Minshew even placed the Eagles in position to win in the closing minute, before his last-gasp volley fell incomplete with the Eagles sitting on the Dallas 19.

DeVonta Smith was amazing, catching a team-high eight passes for 113 yards and two touchdowns, including several huge catches, like the 22-yard reception on a second-and-10 at the Dallas 41, placing the ball at the Cowboys’ 19, with 33 seconds left. His two touchdowns came on fourth and third down.

What led to the Eagles’ demise were four turnovers, two lost fumbles, and two interceptions that translated into 20 points for the Cowboys, who were second to Philadelphia entering the game in turnover ratio with a plus-9 The Eagles, meanwhile, have turned the ball over seven times over their last two games and the teams have crossed like two ships in the night with Dallas improving to plus-12 and the Eagles slipping to plus-9 after 60 minutes on Saturday.

Compounding the loss was seeing All-Pro right tackle Lane Johnson go down with an injury with 4:41 left to play, along with losing nickel corner Avonte Maddox in the first half.

With 8:02 left to play, and the Eagles up, 34-27, cornerback Darius Slay and nickel corner Josiah Scott, playing for the injured Maddox, let 33-year-old T.Y. Hilton run by them on a third-and-30 at the Dallas 29 for a 52-yard reception.

This came after consecutive nine-yard sacks by Haason Reddick and Josh Sweat with 8:39 left in the fourth quarter. Reddick and Sweat had Dallas stuck. The Cowboys looked finished—and then they weren’t.

“We didn’t make a play, the guy did, it’s as simple as that,” Sirianni said.

The play extended the Cowboys’ drive and ended with Dak Prescott finding CeeDee Lamb in the corner of the end zone for a 34-34 tie with 5:49 left to play.

The Eagles took a 27-17 lead at one point in the third quarter and were up 34-27 with less than six minutes to play.

“It was offense, defense, coaching, it was everything and we’ll figure it out and stay together,” Sirianni said.

In the first eight games of the season the Eagles turned the ball over three times, and 14 times over their last seven.

“If everyone was doing their job, that (third-and-30) would have been stopped,” Slay said. “If we do our job, that play would not have been executed. As a leader of the secondary, that play can’t happen. We have to execute better.”

It was a game that the Eagles were in a position to win—and they beat themselves with costly mistakes.

“We’re going to eat this,” Brandon Graham said. “Give credit to the Cowboys, they did what they’re supposed to do. We’ll see them again. We’re pissed off.”