‘Revenge’ is a dish best served with friends for Jalen Reagor 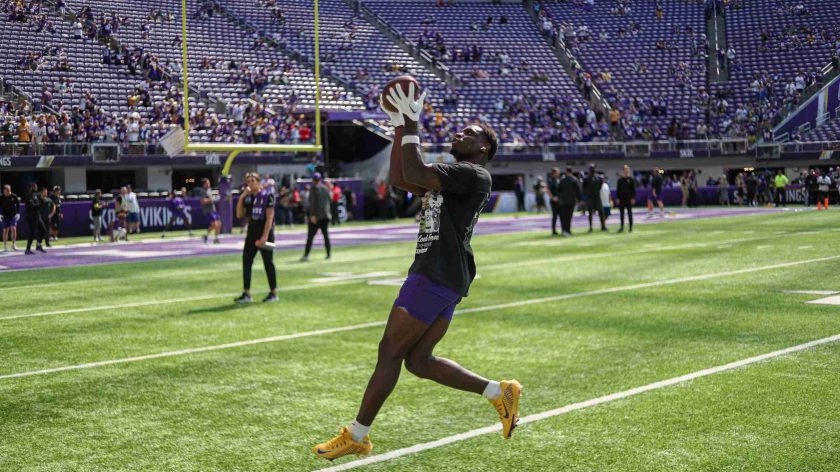 PHILADELPHIA – Jalen Reagor still texts every day with a number of his former Eagles teammates like DeVonta Smith, Quez Watkins, and Miles Sanders.

It’s a group text among friends and football isn’t part of the equation nor is trash-talking. It’s just a bunch of guys who enjoyed each other’s company before Reagor was sent to Minnesota for a pair of draft picks this summer, forever labeled a bust in Philadelphia as the No. 21 overall pick in the 2020 NFL Draft.

Reagor’s lack of production with his pedigree and talent level would have been an issue in any NFL city but it was further exasperated in Philadelphia when the Vikings selected Justin Jefferson right after Reagor, who has generated historic production through his first two NFL seasons and will arrive in Philadelphia Monday night perhaps the best WR in the NFL.

The personnel miscalculation forced quite the Butterfly Effect with the Eagles forced to use another first-round pick at the position in 2021 with Smith and trade and one more this year, along with a third-rounder and $100 million, to get A.J. Brown.

Reagor, meanwhile, has started his second chance as the WR4 on the high-octane Minnesota offense behind Jefferson, Adam Thielen, and K.J. Osborn with his main role being as the lead punt returner.

During his debut with Minnesota, a 23-7 Vikings win over their most-heated rival, the Green Bay Packers, Reagor did not get one offensive snap despite Kevin O’Connell’s preference for 11 personnel because the top trio is so talented and conditioned. At some point, Regor will get an opportunity on offense, however, and his performance on the field will define whether or not he can generate production with a more traditional high-volume passing offense.

Reagor returning to Philly so soon after leaving is a major story locally, however.

SI.com’s Vikings reporter Will Ragatz told JAKIBSports that Reagor was indeed asked about his return and when the third-year receiver was asked about revenge said “Of course, why not? But I’m not going to go into the game pressing. Just going to let the game come to me. Whatever plays I make, make the best of them.”

That was blown up as bulletin-bord material by the Eagles’ fan base and even some media members but it was an incredibly innocuous response to a questioner offering up the term.

The truth on Reagor is this. He likes the Philadelphia organization and loves his former teammates, which is reciprocated. He doesn’t like the way he was treated at times by both the fans (there are some ugly stories that turned some of his closest friends on the team off as well) and some media members.

Reagor will likely get a quick negative reaction when he first hits the field on Monday night and if he gets the opportunity to return a punt but because he’s not going to be a major part of the game plan that should quickly dissipate.

“Who knows? It could be good, bad, indifferent,” Regor said of the potential reaction. “Those things I really don’t worry about because it’s out of my control.”

Nick Sirianni respected Reagor’s work ethic and was a frequent defender of what was an embattled player. The Eagles the thought human nature.

“Any time we play a team that I used to coach on, I’m like, ‘Hey, let’s go,’” Sirianni said. “I love those guys over there, but I really want to get the best of them because it’s just a continuation of all the times I used to go against them in practice. I think that’s a normal reaction for anybody to have that is coming back to play at their old place. I just think that’s normal.”

“Reagor’s revenge” boils down to wanting to win a football game on Monday night and after it’s over he’ll have even more fun chopping it up with his friends.