On All-Star and Dream Teams: Confidence is Better than the Alternative in Pro Sports 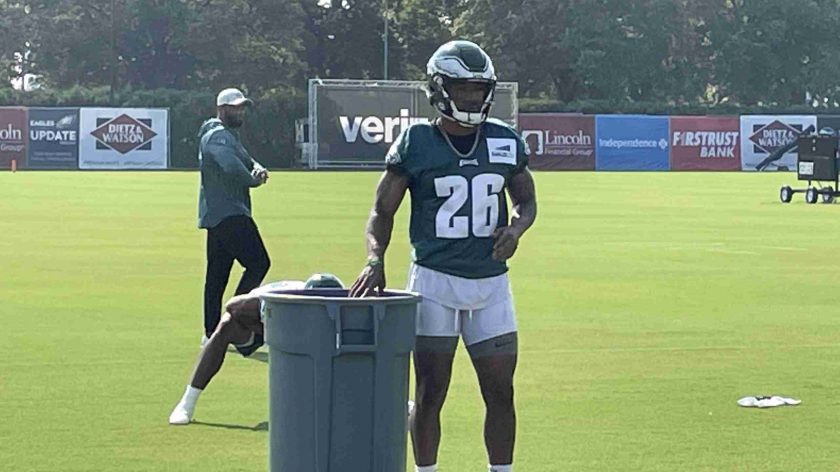 Confidence is a big thing in professional sports and you should always prefer that in a player than uncertainty.

That said, there’s also a fine line between a productive self-assuredness and a boast that might bite you in the hind quarters.

I’m not sure where Miles Sanders landed with his comments to CBSSports.com while doing the media rounds in advance of his upcoming youth football camp in the Pittsburgh area.

It wasn’t quite Vince Young and “the Dream Team” for a number of reasons starting with the fact that Sanders is still the team’s RB1 entering a contract season and not a backup who was supposed to be a star and never lived up to the hype.

From there Sanders downsized from a “dream” to just a run-of-the-mill All-Star team but you get the point.

“Oh man. We all feel like we’re on an All-Star team, so we feel great,” Sanders said when asked about what adding A.J. Brown means for the offense. “We feel unstoppable, I’m not gonna lie. The vibes are great, always have been. Nick Sirianni is doing a great job just keeping the vibes right, the chemistry good.”

Almost assuredly lost will be the context Sanders followed up with.

“But we’ve gotta see,” Sanders cautioned. “It’s gonna come down to camp, taking it day by day, putting everything together.”

The Eagles of course added significant talent in the offseason as a whole, headlined by potential difference-makers on both sides of the ball in Brown and Haason Reddick.

In addition to that high-profile rookies from the national champions, Jordan Davis and Nakobe Dean, and targeted veteran signing on defense that could help like James Bradberry, Kyzir White, and Jaquiski Tartt have things boiling toward a fevered pitch for many.

Sanders is excited about the 2022 season and the Eagles’ prospects in it and that’s much better than the alternative even if Sirianni would probably prefer a more tempered approach in front of a hot microphone.

In the era of social media, however, flippant remarks in June are what they are and just like Young in 2011, someone, somewhere will remember Sanders’ All-Star assertation if the Eagles do unexpectedly struggle offensively in the 2022 season.

But, those potential trials and tribulations, won’t be able to be traced back to a youth football camp press junket no matter how hard some will try to do it.

-John McMullen is the managing editor of JAKIBSports.com and covers the Eagles and the NFL for JAKIB Sports.