Lane Johnson will be back for the playoffs, but how effective will he be? 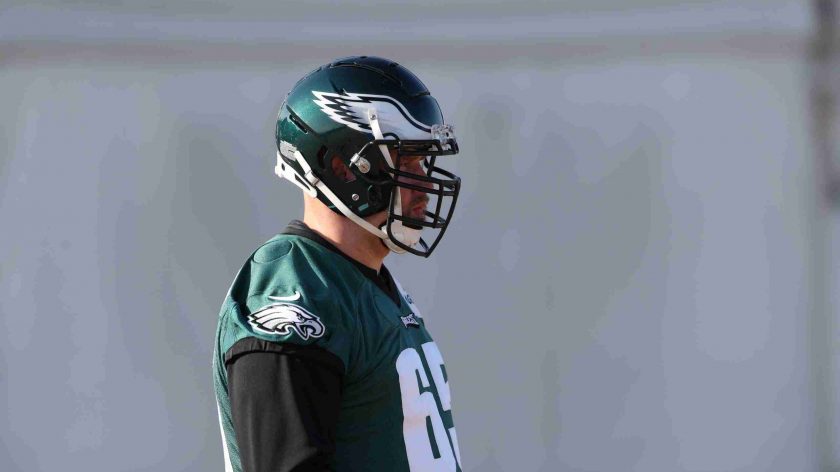 The question isn’t whether Lane Johnson will line up and play for the Eagles in the playoffs. He will. The question is how effective he will be playing with a torn adductor muscle.

Johnson, the Eagles’ four-time Pro Bowl right tackle, suffered the injury in the fourth quarter of Saturday’s 40-34 loss to the Cowboys.

He will eventually need surgery to repair the tear. But after consulting with several doctors with experience in core muscle injuries like his Johnson has decided to delay season-ending surgery, sit out the final two regular-season games and attempt to play in the postseason.

If the Eagles clinch the NFC’s No. 1 playoff seed, Johnson basically would have four weeks to rest the injury. How beneficial would that rest be?

“You want to give the athlete the best chance to play through something like this,’’ said Dr. Jess Flynn, a Boston-based sports medicine physician and a contributor to the pro football website The 33rd Team. “It may get him to a point where walking around, he’s feeling pretty good. But more than likely, when he returns to play, he will have pain. So this will be a matter of trying to play through pain.

“The real question will be can he be as effective as he was previously? Can he generate the same kind of power? Can he move laterally quite as quickly? Those are the things that will remain to be seen.

“Every single one of these injuries is very unique. Because this isn’t like one tendon. There are multiple tendons involved and it really depends on how many of them are torn, how much they’re torn, how everything else in the abdominal core muscle area looks. And of course, the position the athlete plays. All of those things determine how effective an athlete can be when they attempt to return to play.’’

Johnson’s injury is what used to be called a sports hernia. Many players have played through the injury, with varying levels of success. In 2011, Eagles tight end Brent Celek played most of the season with a torn adductor muscle and a torn labrum in his hip. Had 62 catches for 811 yards and five touchdowns. All three of those numbers were the second-best of his career.

Center Jason Kelce suffered a similar injury early in the 2014 season and opted for surgery. He returned after missing only four games.

“Athletes do play through these,’’ Flynn said. “I don’t think there’s a question of him being able to play through pain. It’s how effective can he be. And nobody can guess that right now. Not Lane. And not his doctors.

“The job of these tendons is to help generate power. For a lineman who has to move laterally, this is going to stress this tendon a lot.’’

Johnson likely will take some anti-inflammatory medication to help him deal with the pain when he returns. Flynn said targeted injections also are a possibility.

After the season, Johnson will have surgery to repair the tear. Flynn estimated the recovery time at 10 to 12 weeks, but said it can vary, depending on the damage.