Lane Johnson is back and Robert Quinn arrives 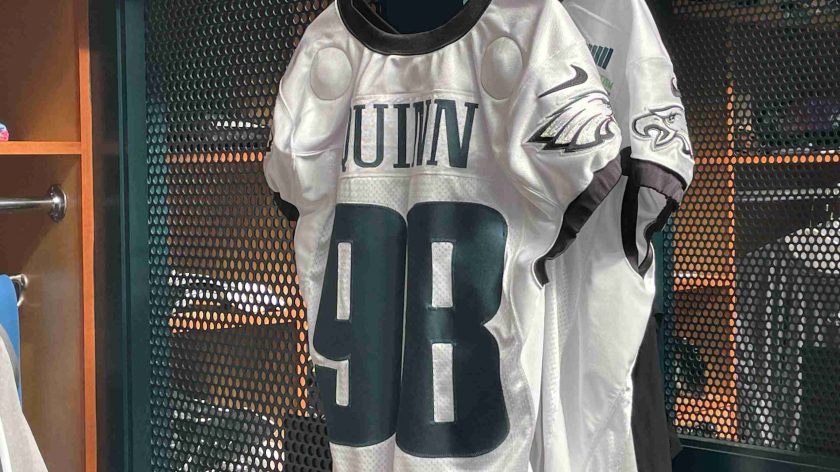 Both were injured during the Week 6 win over Dallas, Johnson when he lowered his head to engage linebacker Leighton Vander Esch. That resulted in a scary situation with vomiting and some short-term memory loss.

“I think it happened early. I pulled at Vander Esche, lowered my head. I didn’t really feel anything until the second quarter,” Johnson said. “I started puking a little bit, and I had trouble remembering some plays.”

Johnson said he felt the effects of what was his third-documented concussion for two days before he started feeling better.

“I had three, Brett Favre had about 38, so I think I’ll be OK,” the always engaging Johnson joked.

Graham’s nick was more the wear and tear of the game and a precautionary issue.

“I got hit in the game and was hit on the side of my leg,” Graham said. “It was sore and kind of bruised. It was more about trying to make sure I didn’t irritate it even more, but for the most part, it was just precautionary to make sure that I would be able to play in the game.”

Joining Johnson and Graham at practice for the first time was Robert Quinn after being acquired from the Chicago Bears for a 2023 fourth-rounc pick.

“He’s a great player, excited to get him,” Johnson said. “You can’t have enough pass rushers. Him and [Josh] Sweat on one side, and Haason [Reddick] and BG [Brandon Graham] on the other, and the guys up the middle, it’s going to be a tough task to block those guys.”

As an elite offensive tackle, Johnson raved about Quinn’s bend as a pass rusher, something that has netted the veteran 102 career sacks.

“He can bend. He can bend the edge pretty well,” said Johnson. “Super athlete. He was with Chris [Long[ in St. Louis, and Chris talked about him whenever he was here. And obviously, I watched him, so he brings a lot of versatility.”

Graham believes Quinn can get up to speed enough to help against Pittsburgh on Sunday.

“I feel like it’s somebody that can definitely help us,” BG said of Quinn. “We did lose DB [Derek Barnett] this year. We’ve been trying to fill that little void. And it’s something that I’m just going to make every rep count. That’s really what it’s about. Just make him feel comfortable and get ready to work.”

“Cam Heyward in the middle, Malik Reed on the edge, No. 56 (Alex Highsmith), I think he has like 6½ sacks (he does), so, good player,” said Johnson. “Good linebackers, but one of these teams you can’t take lightly.

“They beat the Bucs earlier in the year. Really just the history of the Steelers, they’ve always been pretty good regardless of who they have on the defensive side of the ball. They’re always pretty well-coached.”