Howie Roseman still can’t get respect after a great offseason 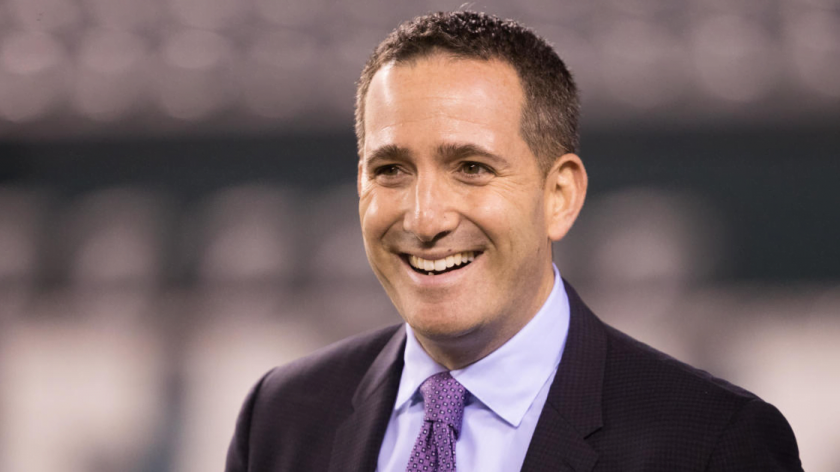 The Athletic is a great website for the chronic sports junkie. It has everything (except comprehensive boxing coverage, wink, wink). It has fantastic writers, like the Eagles’ beat reporter Zach Berman, and national NFL guy Sheil Kapadia, and a cadre of connected writers throughout the country.

The Athletic has also done something that in some corners of Philadelphia flies under the radar. For the last four years, the sports website giant polls NFL agents on a variety of topics. The agents are afforded anonymity since some of those topics involve NFL general managers that they must deal with on a regular basis.

To the last question, “trust the least,” this was the findings of The Athletic (that included quotes from agents and an addendum at the bottom):

“I don’t trust what comes out of his mouth because he lied to me.”

“I don’t think he’s very transparent. He kind of tells you what you think you want to hear. He does the same thing with the players.”

“I trust them the least, but (GM) Joe Douglas I actually trust as a man. There’s a lot of s— going on in that building, whether it’s (senior director, football administration) Dave Socie or their f—— ownership.”

(Note: Roseman also had the most votes in this category last year with seven. Douglas was third with three.)”

Now, it does need to be noted Roseman received consideration in the “others” category under the trusted question, though it is interesting that Cleveland Browns’ general manager Andrew Berry finished second in that category, tied with Denver general manager George Paton, one vote behind leader Brandon Beane, the Buffalo Bills’ GM. What’s intriguing about this is the Harvard-educated Berry was once an Eagles’ executive as their vice president of football operations in 2019, before he returned to Cleveland, where he served as vice president of player personnel from 2016-18. It’s also interesting to note that Douglas, the Eagles’ former vice president of player personnel and current Jets GM, tied with Roseman in the least trusted category.

From an outsider’s perspective, the assumption would be Roseman, who’s put his time in and reached a level of seniority among NFL general managers would derive some respect from agents he has dealt with for years.

According to this, apparently not.

What can’t be ignored is Roseman constructed the only Super Bowl-winning team in Eagles’ history, and he revamped an old, cracking team into a young unit capable of going deep into the playoffs in 2022.

This agents survey was not based on Roseman’s accomplishments as was about dealing with Roseman.

So, the next time the Eagles can’t snag a high-end free agent, maybe this overlooked nugget won’t be so overlooked as to why.