Four-minute offense gets Eagles out of Detroit with a win 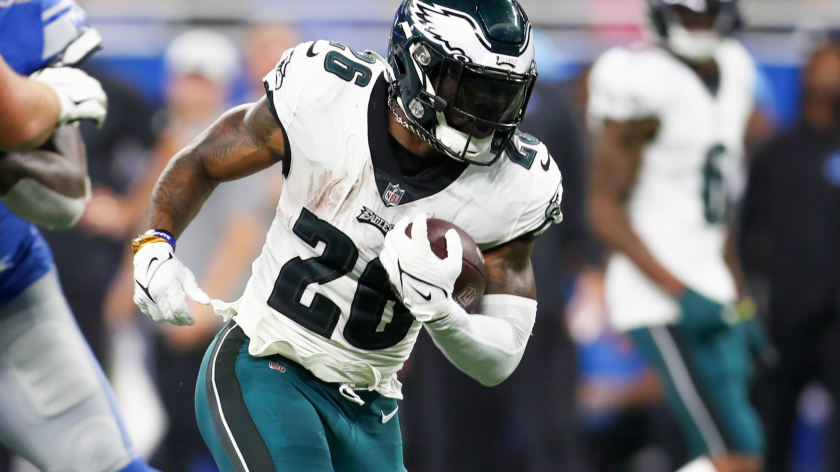 DETROIT – The four-minute offense is one of the staples of NFL preparation, a nod toward having the football with a lead late in the game with an opportunity to siphon the clock.

In Week 1 of the NFL season, the Eagles found themselves in a textbook four-minute situation (3:49 for the sticklers out there), leading by a field goal with momentum on the Detroit Lions’ side.

All 65,000-plus at Ford Field were ready to explode had the long-suffering Lions got the football back with an opportunity to win the game and everyone knew what was coming. The Eagles were going to run the football to get out of the Motor City with a win and by the time the next 3:12 of game time ticked down Jalen Hurts was kneeling down in victory formation.

And all it took was two first downs, the last one a daring 4th-and-1 QB sneak by Hurts at the Detroit 40-yard line.

The drive started with three consecutive Miles Sanders runs, 3- and 5-yard runs before a brilliant 24-yard scamper on an inside zone in which it seemed like the Lions defense had the RB1 bottled up for no gain before Sanders emerged with the longest run of a 216-yard team rushing performance, a 24-yard scamper that started to douse of hopes of the Detroit faithful.

“The defense is a very aggressive defense. They crashed in,” Sanders said. “I could feel them crashing in. [Jordan] Mailata had a great block on the edge, kind of sealed them in. I just stepped to the left and it was wide open. I thought I was going to score.”

What followed from there was three Boston Scott runs for 1-yard, 8 yards, and then no gain, setting up Nick Sirianni for some testicular fortitude.

A conversion wins the game but a failure means Detroit has a short field with about a minute left to tie or win the contest outright.

Sirianni didn’t hesitate and his gambling nature was rewarded even when Hurts found a way to pick up the first down by inches to seal the Week 1 triumph.

“I think in the end everybody made plays when it mattered the most in the game,” Hurts said.

Don’t expect Sirianni to get cautious anytime soon if a similar situation unveils itself in the upcoming weeks.

The coach explained his mindset.

“Faith in the players,” Sirianni said when asked who try to win the game versus an easy attempt to pin Jared Goff and the Lions offense inside the 10 with less than a minute to go. “And we’ll just be aggressive because we trust that offensive line, we trust Jalen. We trust the backs.