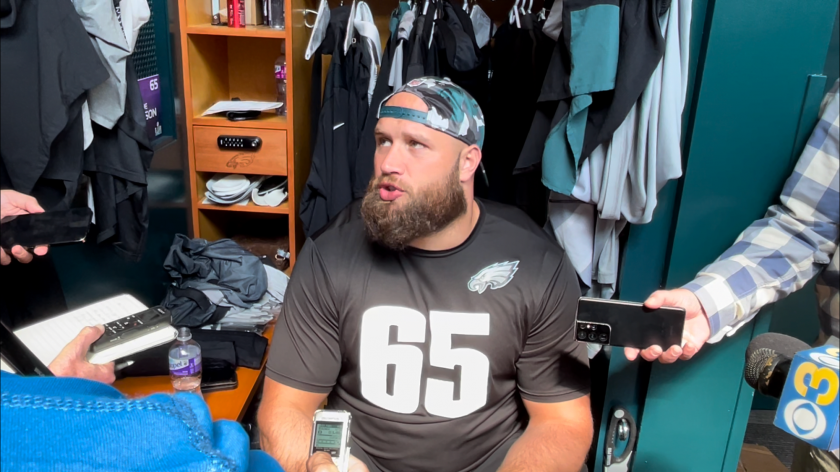 PHILADELPHIA – It’s simple supply and demand when it comes to NFL quarterbacks.

There are never 32 people in the world good enough to stop every NFL team to uncover every rock to try to get better at arguably the most important position in sports.

That explains why Carson Wentz in the man inside the Beltway despite flaming out in Philadelphia and Indianapolis over consecutive seasons.

Once the face and the future of the franchise for the Eagles, who have Wentz the largest contract in franchise history in June of 2019 before things went south has won over veteran Washington head coach Ron Rivera, who saw Wentz at the height of his powers in 2017 as the coach of the Carolina Panthers.

“I thought he was playing at NFL MVP level,” Rivera told Philadelphia-area reporters on a conference call when asked about the 2017 game. “I thought that was a lot of fun to watch. There were a lot of good things that went on with the Eagles. I do recall those things and those moments. He’s a guy we really felt could come in and be part of what we’re trying to do and help us as we go forward and try to become a very competitive team in this league.”

So far so good. Through two games Wentz has thrown for 650 yards, second in the NFL, and his total yardage mark (658) is behind only Miami’s Tua Tagovailoa and the Eagles’ Jalen Hurts.

Rivera claims he’s seen no signs of the negative traits that some have tagged to Wentz, things like resistance to coaching, lack of accountability, close-mindedness, and the nature of an introvert with his teammates.

“He is a stoic guy,” Rivers claimed. “If there is something, he’s not letting anybody see it. The dude’s the same guy. He shows up and he works hard, does the things you ask of him, very attentive to what’s going on, and handles his teammates very well.”

Inside the Eagles’ locker room, several veterans who played with Wentz for five seasons were very loyal to him, names like Fletcher Cox, Lane Johnson, and Jason Kelce.

Hurts, the Eagles’ current starter who is off to an MVP-level start this season, was with Wentz for his rookie season and it was an open secret that the veteran wasn’t exactly thrilled with the organization’s decision to draft Hurts at No. 53 overall.

The plan was to use Hurts as a cost-effective backup for the high-priced starter who was injury prone and unable to finish the prior three seasons. The decision cause a fissure in the relationship between Wentz and the organization resulting in the trade to Indianapolis after a disastrous 2020 season that also cost Doug Pederson his job as head coach.

Hurts remembered his short time with Wentz on Wednesday.

“Just saw that he has a great arm,” said Hurts. “He’s a big guy, hard to tackle. He just makes kind of crazy plays in the pocket, so I definitely took notice of that when I was a rookie. And he still does it now. Kind of ducking and dodging and weaving and doing those things.”

Whenever controversy erupted around Wentz in Philadelphia, Cox always served as one of the QB’s biggest supporters.

“We loved Carson while he was here,” Cox said. “I still talk to him. … Nothing changed. Carson is a really good friend of mine. We look forward to competing against him.”

The always effusive Brandon Graham said he hasn’t spoken to Wentz recently but joked “I’m going to talk to him on Sunday.”

The offensive line was always close with their old QB and often received interesting Christmas gifts from the former QB1 like hunting rifles and giant Yeti coolers.

“I still keep up with him,” said Johnson. “Carson’s a good dude. As far as respect, I respect anybody that works, and he worked his tail off here. … Some things didn’t turn out his way, it didn’t turn out his way in Indianapolis, but he’s in a place now to give him another chance, but for me, I’m worried about their defensive line.”

Other than Zach Ertz, the Pro Bowl tight end now in Arizona, the Eagles player closest to Wentz may have been Pro Bowl center Jason Kelce. After the 2020 finale the three players spent a significant time on the field reminiscing about all the things they had accomplished in Philadelphia.

Kelce expected to be back but Ertz and Wentz thought that was it for them with the Eagles. For Wentz that was the case but Ertz returned before being traded to the Cardinals in advance of the trade deadline.

“I texted him today,” Kelce said on his podcast “New Heights” with brother Travis. “… he was a great friend, great teammate while in Philadelphia.”