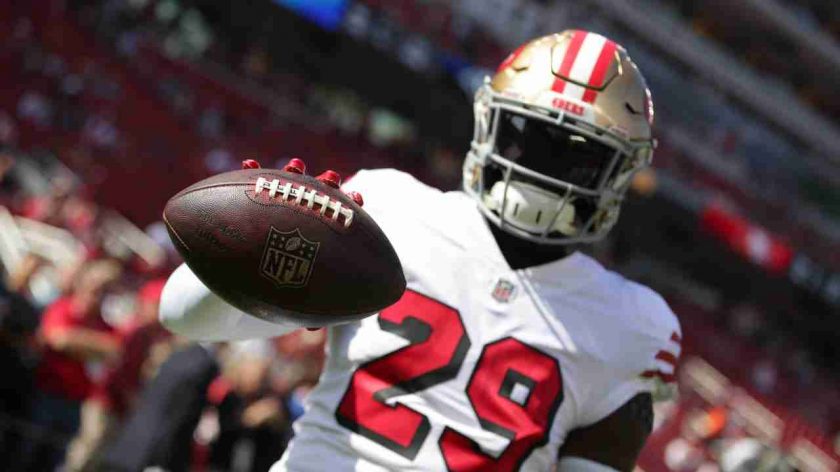 The comparisons are obvious but the players aren’t necessarily comparable.

James Bradberry and Jaquiski Tartt were college teammates in the same defensive backfield at Samford University, both are NFL defensive backs and original second-round picks (Bradberry in 2016 and Tartt a year earlier), each has put together solid professional careers, and perhaps most important to Eagles fans, both players could be starters on Jonathan Gannon’s defense.

A lesser-known tie-in is that Bradberry and Tartt were brought in on one-year deals by Howie Roseman after the organization continuously played up the upside of young players before defaulting to experience.

Bradberry is regarded as a higher-level player right now and it’s a fait accompli that he will start opposite Darius Slay on the outside of the defense if healthy.

A Pro Bowl player as recently as 2020, on paper Bradberry, fits it very nicely in what figures to be a zone-heavy approach by Gannon and secondary coach Dennard Wilson on the back end of the defense. His presence also quickly quelled the generated in-house hype on players like Zech McPhearson, Mac McCain, Tay Gowan, and Kary Vincent, Jr.

Bradberry’s availability was also not related to any kind of perception that he was declining as a player. It can be directly traced to the New York Giants’ salary-cap woes and had Dave Gettleman not made a mess of things up the Jersey Turnpike, Bradberry would likely still be CB1 for the NYG. Bradberry’s value was also validated by the fact he was able to get up to $10 million despite hitting the market at an inopportune time.

Tartt, on the other hand, was still available in mid-June because no one was beating down the veteran’s door after a season in which he was still solid in run support but struggled at times in coverage for the 49ers.

While contract details aren’t available for Tartt, 30, yet, if you’re a betting man, put down some bitcoin on the veteran minimum.

Tartt has been on some very good defenses over the years in San Francisco, though, and could wind up a starter with the Eagles if he has a better summer than Anthony Harris or Marcus Epps but that’s not necessarily the plan.

Philadelphia’s stated belief in Epps as a potential first-time starter might be somewhat overblown but it is definitively at a higher level than the young CBs that were being pushed by Roseman and Co.

Tartt is truly an insurance policy, similar to other veteran safeties the Eagles’ have brought in over recent seasons, players that “hit” like Corey Graham and Andrew Sendejo (for half a season at least until compensatory-pick math kicked in and ironically led Philadelphia to Epps) or ones that didn’t like Johnathan Cyprien and Andrew Adams.

Heading into training camp Tartt is likely being earmarked for the third safety job with an opportunity to push either Harris or Epps especially if Gannon wants a more complementary vibe on the back end. Harris and Epps are both at their bests as center fielders in coverage while Tartt’s strength at this stage of his career is in the box in run support.

Then you have the younger backup safeties, particularly K’Von Wallace. If this signing lights a fire under Wallace as he gets set to enter his third season, the Eagles’ could say ‘thanks for the summer Jaquiski’ as they did with Adams last summer.

Optionality is never a bad thing and taking a flyer on Tartt is another solid decision in a good offseason by Roseman.