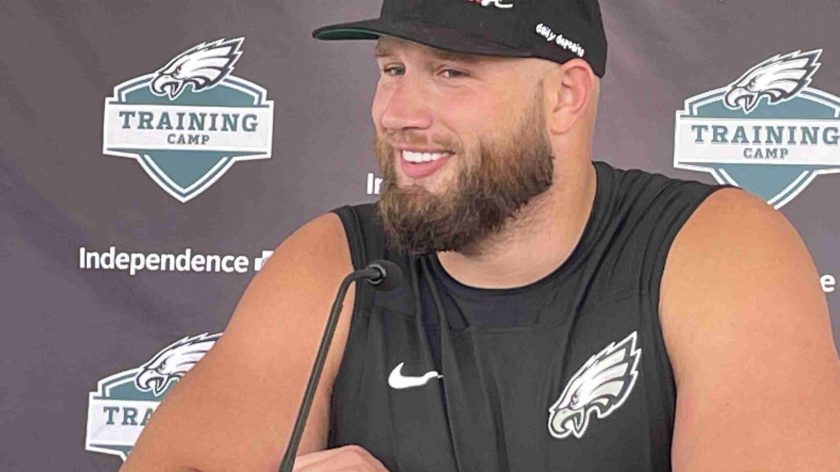 It should never be a surprise when you look up and down the Eagles roster and surmise that the strength is up front on both sides of the football.

That’s by design and really has been since Andy Reid arrived in 1999 to set the organizational default to the offensive and defensive lines.

GM Howie Roseman will even cite the philosophy on occasion usually when the team selects a lineman over a splashier option the fan base might want. This year it was center Cam Jurgens at No. 51 overall.

In many ways, the DNA of the Eagles is just common sense. The foundation of any home is far more important than all of the toys inside.

Jurgens is seen as a luxury pick by many because All-Pro Jason Kelce is still anchoring Jeff Stoutland’s offensive line which was recently dubbed a Tier 1 unit by the Mike Tannenbaum/Joe Banner fueled media outlet The33rdTeam.com.

Tiering the Best Offensive Lines in the NFL 2022

Kelce, though, is year-to-year at this point and today’s luxury is often tomorrow’s necessity in the NFL.

Entering the 2022 season the Eagles have three O-linemen who could be All-Pro level players in Kelce and bookend tackles Lane Johnson and Jordan Mailata. Second-year left guard Landon Dickerson is a potential star who should only get better in year No. 2 and veteran Issac Seumalo is progressing nicely from Lisfranc surgery and expected to have a leg up at right guard but there is a very impressive safety net in Jack Driscoll, a player head coach Nick Sirianni loves.

What’s really impressive is the depth with at least two players that could start elsewhere in what many consider an offensive line-deficient league: backup left tackle Andre Dillard and the loser of the Seumalo/Driscoll projected training camp battle. Jurgens is also obviously considered a future starter as well from a traits standpoint

Go even deeper and you will see players like Sua Opeta, Brett Toth, who continues to rehab from a torn ACL suffered in Week 18 last season, and Le’Raven Clark, who have proven to be serviceable options when pressed into action.

Then you have the developmental group which includes young players like Jack Anderson, who has center/guard versatility, and Kayode Awosika, who has guard/tackle optionality, as well as undrafted rookies Josh Sills, Williams Dunkle, and Jarrid Williams.

All of them from the two veteran stalwarts in Kelce and Johnson on down get to work with the straw that stirs this impressive drink, OL coach Jeff Stoutland, not only one of the best positional coaches in the NFL but one of the top assistants in general.

The 33rd Team put the 32 NFL teams into seven tiers and the Eagles were in Tier 1 with Reid’s current team in Kansas City (obviously, no coincidence) as well as Cleveland and Detroit.

Mike Solari, who has coached offensive lines at the college and pro level for more than 40 years, pointed to Stoutland and the teaching above all else when it came to the Eagles and the other top O-Lines.

“These are often the best coached OL units in the NFL and have maintained a solid presence at the top of OL rankings for years,” Solari said.