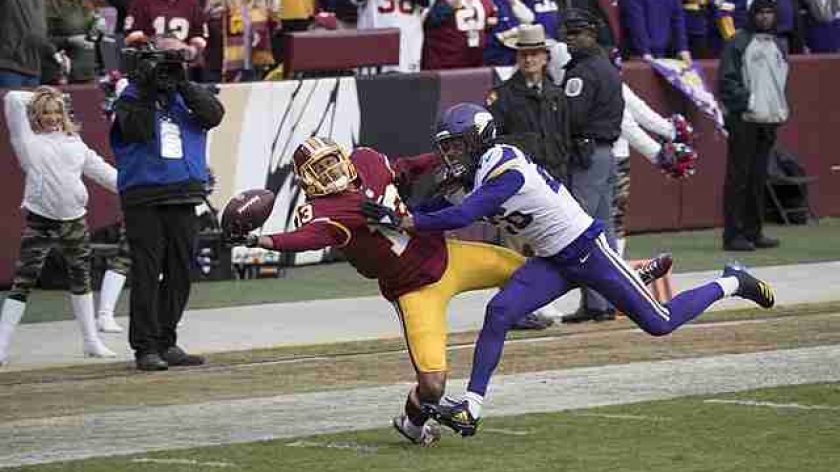 Early in the free-agency process, many observers read the tea leaves and surmised Trae Waynes might be a natural fit for the Eagles due to the cornerback’s prior history with Jonathan Gannon.

Turns out that logic was spot on, according to Waynes himself.

“I actually almost went to Philly to go back with JG and Ant [safety Anthony Harris],” Waynes told the Geary and Stein Sports Show “but at that point, I was like ‘I’m ready to be done.”

Waynes was the Vikings’ first-round pick, No. 11 overall out of Michigan State in 2015, when Gannon was the team’s assistant defensive backs coach.

The Eagles’ current defensive coordinator helped mentor Waynes for his first three professional seasons while Harris arrived in Minnesota the same year as Waynes as an undrafted free agent out of Virginia and the two played five seasons together on some very good defenses.

Waynes, 29, left the Vikings after the 2019 season to sign a monster three-year, $42 million deal with Cincinnati but struggled with injuries over his first two seasons with the Bengals and was ultimately released in early March.

“I mean it’s open but I’m not really exploring anything to be honest with you,” Waynes told the show. “Multiple teams have actually called but in my head I’m done. … I’m retired but it’s not like I announced it or anything.”

Health is the main reason Waynes is planning to walk away with gas left in the tank.

“Could I easily keep playing several more years? Yes, but I got a family. I want to be around with my kids more,” he said. “… For me, I want to look at for myself and my physical and mental health beacuse at the end of the day if I played, say 14 or 15 years and I’m 40 and my body is beat to s#$%, it’s not going to affect anyone else but me in my family.”

Waynes eventually developed into a solid player with Gannon’s help but never lived up to the hefty expectations of a No. 11 overall draft pick. His physical traits and athleticism were always top-tier but by missing out on Waynes, the Eagles were in a position to land a better player in James Bradberry later in the process thanks to the New York Giants’ salary-cap woes.