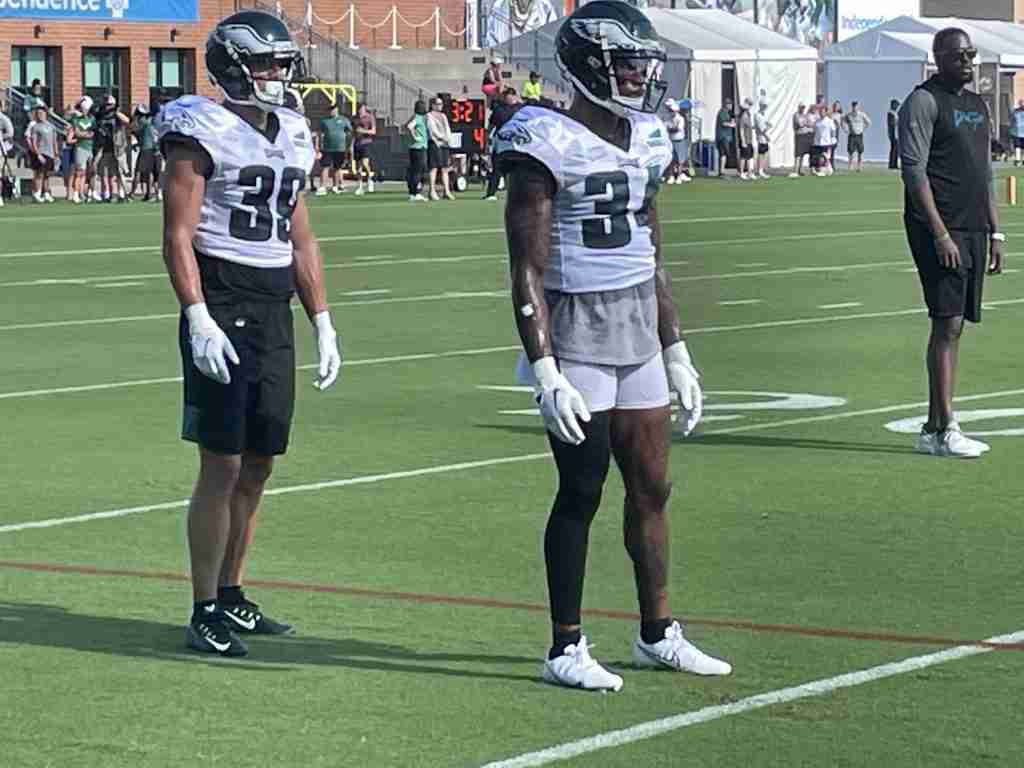 PHILADELPHIA – After Tuesday’s practice, the Eagles got down to the league-mandated limit of 85 by waiving three players with injury designations: WR Lance Lenoir, safety Jared Mayden, and cornerback Jimmy Moreland.

Mayden missed the 86-minute with an ankle injury while Moreland had just returned from his own ankle injury and was working in a limited fashion. Lenoir had no official injury designation and may have hurt himself during the practice.

If the players clear waivers they will each revert to the Eagles’ injured reserve list where the next move would be likely injury settlements for each. That’s already the case for undrafted WR Keric Wheatfall, who was waived/injured on Aug. 11 to make room for RB DeAndre Torrey. Philadelphia reached a settlement with Wheatfall today and released him off of IR.

Lenoir, meanwhile, spent the spring in the USFL with the Michigan Panthers before signing with the Eagles right before training camp began. The Western Illinois product spent time previously on the practice squads of Dallas and Seattle.

Mayden spent part of the 2021 season on the Eagles’ PS and had a nice spring but really couldn’t make any noise this summer at a position of need for Philadelphia, falling behind the cross-training Josiah Scott and the undrafted Reed Blankenship.

Moreland, a natural slot corner, has interested Philadelphia for some time and the Eagles claimed him off waivers from Houston on May 23 but the James Madison product got lost in the shuffle of a crowded cornerback room.

Philadelphia had started the process of getting down to 85 on Sunday by waiving a pair of undrafted rookies: OT William Dunkle and edge rusher Ali Fayad. Dunkle was picked up by the Pittsburgh Steelers on Tuesday.

The Eagles also shifted their roster with a player-for-player trade on Monday, sending embattled receiver turned tight end J.J. Arcega-Whiteside to Seattle in exchange for defensive back Ugo Amadi, who is a safety by trade but had been playing nickel back with the Seahawks. The Oregon product also arrives in Philadelphia with a solid reputation as a special teams player, a need for the Eagles.

While it’s hardly guaranteed that Amadi can make a run at a 53-man roster spot while arriving this late in the process, it was a foregone conclusion that the team would be moving on from JJAW so taking a flyer on Amadi makes sense.