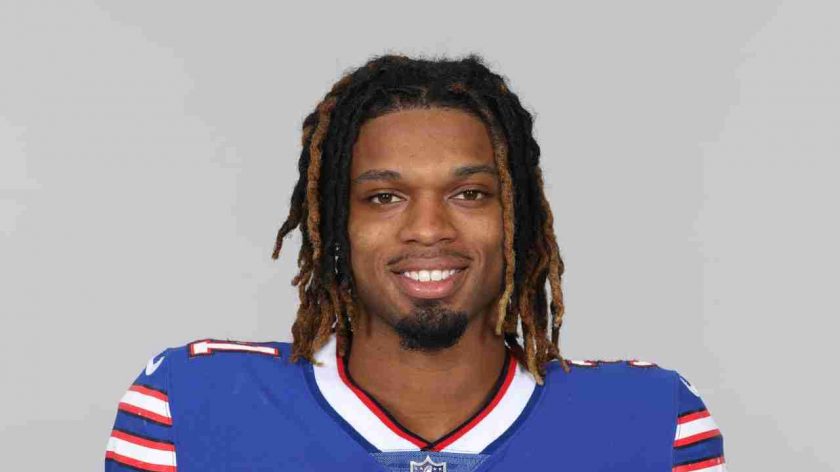 PHILADELPHIA – The NFL family as a whole was shaken when Buffalo safety Damar Hamlin suffered a dangerous cardiac event in Monday’s game between the Bills and the Cincinnati Bengals.

The 24-year-old was saved on the field by emergency personnel and remains in intensive care at the University of Cincinnati Medical Center slowly recovering with the latest reports trending in a positive direction.

The sight of seeing a young man nearly die on national television traumatized viewers and other players, who understand the cost-benefit analysis of playing such a dangerous sport but rarely see something so visceral.

The Eagles’ players watching had already gone through a scary situation the day before when defensive end Josh Sweat was stretchered off with a neck injury.

After pressing pause on Tuesday, Philadelphia got back to work on Wednesday when Sunday’s regular-season finale against the New York Giants looming.

Coach Nick Sirianni spent his Tuesday talking to his players.

“The focus of the conversations is how can we be there for you?” Sirianni said. “… It’s just we want to be there for these guys in a tough time, and that’s where we are right now.”

Several Eagles players reacted to the seemingly routine tackle that left Hamlin fighting for his life.

“It’s devastating,” star receiver A.J. Brown said. “One, you just hope he’s OK. I know he’s still battling, but as a player, you try not to think about those things. You play this physical game.”

For Brown, he loves the game despite the inherent danger.

“I like to say that it’s a car crash every time you get tackled,” he said. “We just keep on going. It’s a game we love to play. It’s an ugly side of it, too. But you try not to think about it.”

The problem with that is what happened to Hamlin forces players to think about the danger.

“When I’m done playing, I want to be able to run around with my kids and play with my kids,” said Brown. “This game is serious. You just gotta pray and just give it your all.”

Most players have already come to grips with the trade-off the game requires.

“You know as a football player what the stakes are, but it just put it that much more in perspective how close it is to it happening to yourself or other teammates, so I think for me, it’s just making sure I keep taking care of myself when I’m out there and to try to be in the best position possible to make plays,” veteran defensive end Brandon Graham said.

The scariest part of Hamlin’s injury to other players is that it didn’t come from the traditional devastating hit.

“What it seemed to me looking at the play again, it was just like, man, he just got hit right in the chest and that’s just a common tackle, a common thing to happen, you know, get hit with a helmet in your chest, you suck it up and say, ‘Hey I’m going to get you next time,’” Graham explained. “But in this case, there wasn’t a next time and right now we’re hoping there will be a next time because we’re waiting to see what’s going on with him.”

The tightrope of empathy for Hamlin and the realization life and the NFL will march on is a difficult one and the stakes are high for the Eagles entering Week 18.

“We want to make sure if we do have questions or if people are feeling a certain way that you voice it because coach will understand because that’s what the message was, talk about it, get it out of your system,” said Graham. “Life is real. This is just a game and this shows you how much of a game it is when it comes down to life-and-death situations.”

Injuries are part of football with former Eagles tight end Zach Ertz nothing that the injury rate is 100%.

“If you play this game long enough, you’re going to get injured,” Ertz said.

There’s a big difference between a torn ACL or a sprained shoulder vs. serious spinal injuries or even the lacerated kidney Chauncey Gardner-Johnson suffered against Green Bay earlier this season, however. And Hamlin’s misfortune trumped all of that.

“Any time I see an injury, it’s kind of shocking to me, and I’m kind of in a weird space,” said CB James Bradberry. “… you have to refocus. Sweaty went down on Sunday, and I was sad about that. Even when Chauncey went down, I saw his face on the ground, he was in pain. So that was shocking for me. But you have to reset your focus, and you have to line back up because the game did go on.”

On Monday it was so scary the players didn’t line back up.

“I think the next down in football is going to be a little scary,” said Brown. “There are going to be a lot of thoughts, a lot of emotions. Everybody is trying to get back to just the norm. But I don’t know how I would feel if that was one of my teammates.”

For NFL players, however, turning the page is part of the job.

“You just do,” Sirianni said. “… you try to make the transition there because you talk about the tough things that are happening, and you have that conversation and then you transition. It’s not easy, and it’s not going from, like, meetings to walkthrough. That’s not what we’re talking about here, so you just try to move on.

“It’s a tough balance, but you just try to move on to the next thing and be where you are at that time, but also understanding that guys’ minds could be in other places at that time as well.”