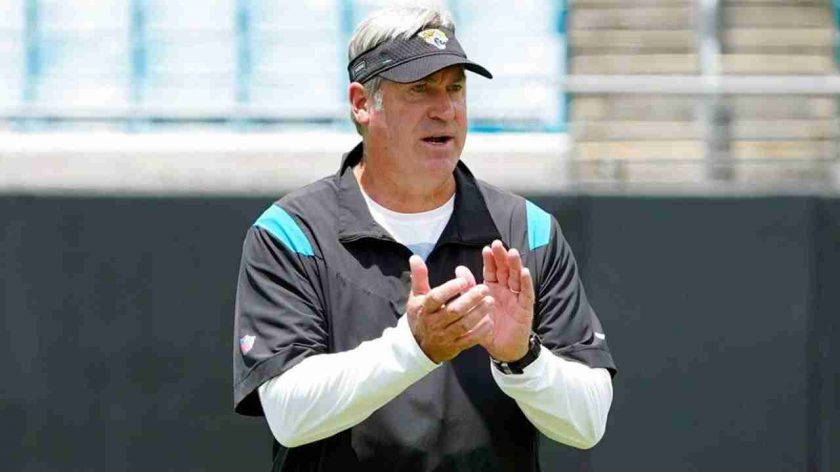 Frank Reich is the man in the middle this week so maybe the Indianapolis head coach just focuses on his own business in trying to get the Colts above .500 in an AFC South tilt against Tennessee.

The ex-Eagles offensive coordinator is surely going to get a few text messages this week from his former boss in Philly and his old right-hand man in Indy, however.

The former is Doug Pederson, the Super Bowl LII winning coach of the Eagles making his return to Lincoln Financial Field for the first time since being summarily dismissed by Jeffery Lurie after the disappointing 2020 season as the head coach of the emerging 2-1 Jacksonville Jaguars with talented second-year quarterback Trevor Lawrence. The latter is Pederson’s replacement with the Eagles and Reich’s former offensive coordinator, Nick Sirianni, who has Philadelphia at 3-0 on the young season and looking like the best team in the NFL.

JAKIB Sports asked Sirianni who gets the response first.

“Well, Frank better answer my text message first since they’re in the division together,” Sirianni joked during his media availability on Monday. “I can’t tell Frank who to root for or who he needs to like better out of Doug and I.”

Sirianni believes the rivalry between the Jags and Colts and Reich’s competitiveness give him the mojo in this battle.

“I think he’s got a good relationship with the both of us, but I know Frank’s an ultimate competitor and I’ll imagine he’ll be rooting for the AFC South team to lose,” said Sirianni. “So we got good mojo on that.”

The much-improved Jags shut down the Colts 24-0 in Week 2.

“I have a ton of respect for him,” Sirianni said of Pederson. “I don’t know him [well] personally, I’ve talked to him a couple of times, but I only know him through, obviously the people in this building, and then through Frank. I’ve heard nothing but phenomenal things. I think he’s a great football coach, obviously, he brought this city a world championship and so so much respect for him.”

Sirianni, though, is more concerned with preparing for the Jags, who now have foundational pieces on both sides of the football after securing consecutive No. 1 overall picks, Lawrence in 2021 and edge rusher Travon Walker, the supremely talented teammate of Jordan Davis and Nakobe Dean at Georgia.

“You can just tell that they’re well coached and it doesn’t surprise me at all because I know how good of a coach Coach Pederson is,” Sirianni said. “So we’re gonna be working like crazy to put our guys in good position and I know he’ll be doing the same.”

After losing Week 1 to Washington, Jacksonville has won two straight by a combined score of 62-10, the 24-0 whitewashing of Reich’s Colts, and a 38-10 blowout at the Los Angeles Chargers on Sunday.

Complicating matters further for Sirianni are the members of Pederson’s staff who know Sirianni very well. Former Chargers coach Mike McCoy, who had Sirianni and offensive coordinator Shane Steichen on his staff, is Pederson’s quarterbacks coach while Jim Bob Cooter, who helped Sirianni with special projects last year and served as a sounding board is the passing game coordinator in Jacksonville.

“I know a lot of the guys over there on that staff as well that I think are really phenomenal coaches with [passing game coordinator Jim Bob Cooter], with [QB coach Mike McCoy], with [offensive coordinator Press Taylor], they got some good coaches over there,” Sirianni said, “and I think their defense is doing a nice job as well and I’ve heard nothing but good things about [defensive coordinator Mike Caldwell] over there too.”