Eagles make another splash at DT with Ndamukong Suh 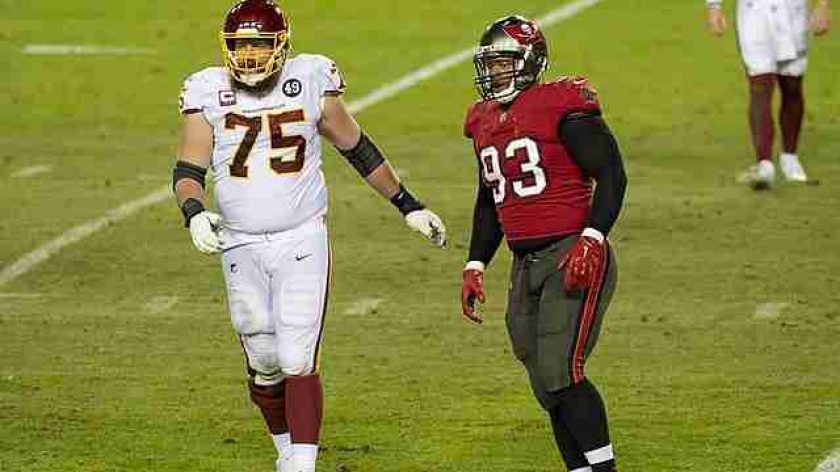 Photo Credit by All-Pro Reels from District of Columbia

PHILADELPHIA – The one narrative that has been solidified around the NovaCare Complex over the past two days is that Howie Roseman is going down swinging.

The Eagles’ GM added his second big-name defensive tackle in two days on Thursday by signing Ndamukong Suh to a one-year deal. Really, it’s an eight games plus the playoffs contract. The Suh deal came on the heels of Linval Joseph inking his own one-year deal on Wednesday.

Suh, 35, was the No. 2 overall pick in the 2010 draft and is a five-time All-Pro and a member of the NFL’s All-Decade Team for the 2010s. He spent the last three seasons in Tampa Bay, where he was a member of the Bucs’ Super Bowl LV-winning team.

Suh was also a former teammate of Darius Slay in Detroit and the Eagles’ star cornerback believes the 6-foot-4, 313-pounder can help even though Suh has not played this season.

“He got a lot left,” Slay said. “Suh just be chilling. He’s rich as hell. He could play as long as he wants to. …It’s a great opportunity for his Hall of Fame career, good chance of winning, winning team. He can help us, for sure.”

Joseph, meanwhile, is a more natural fit for what the Eagles have been lacking since rookie Jordan Davis went to injured reserve with a high ankle sprain.
Like Davis, Joseph, 34, is a natural nose tackle or shade technique who can tie up blocks with his 6-4, 335-pound frame. Earlier in his career, Jason Kelce called Joseph the strongest player he’s ever faced.

An NFL source told JAKIB Sports that the Eagles were talking with Suh before the disappointing Monday night loss to Washington in which a defense that couldn’t stop third-and-manageable plays was on the field for 83 plays so that wasn’t an overreaction toward an outlier game.

Joseph, however, said he first heard from Philadelphia a couple of days ago.

Whenever the plan was hatched to strike with two proven veterans on the tail ends of very good careers, it does signify that the team did not have a ton of confidence in its younger players on the defensive interior.

Two of those – Davis and Marlon Tuipulotu – are on IR with the latter suffering a murky knee injury in Monday’s loss to the Commanders.

Veteran Fletcher Cox, meanwhile, was forced to play 70 snaps on Monday, a season-high and his most in nearly two years, a workload that had Cox saying he felt “like s@#$.”

Suh would be earmarked to rotate in for Cox or Javon Hargrave when the latter moves to the nose. Joseph would be helping Hargrave and Davis when he returns with zero- or one-technique.

The big loser when it comes to playing time is likely going to be second-year player Milton Williams.