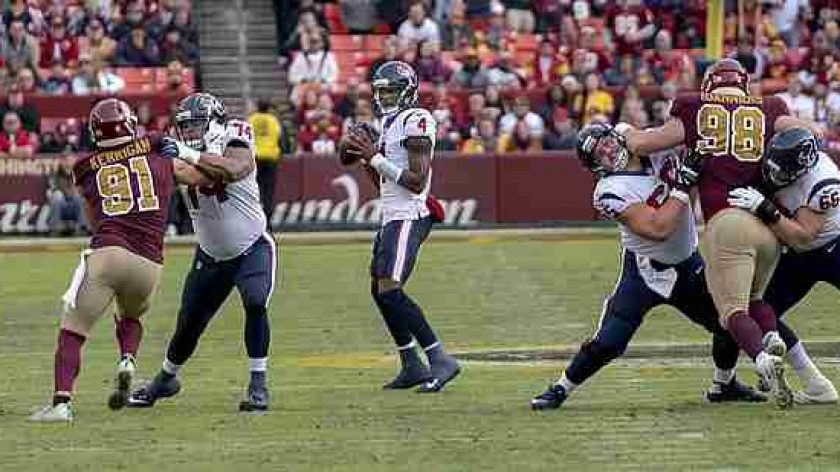 PHILADELPHIA – Trade Deadline, The Eagles like Jalen Hurts a lot but they have also not been averse to an obvious upgrade at the NFL’s most important position.

Now that Hurts is locked as the 2022 starter in Philadelphia, the Eagles’ strategy through the process is a little more obvious with the goal of hitting the home run of a proven superstar-level player or defaulting back to the ascending Hurts if that goal couldn’t be accomplished.

The Eagles never thought Aaron Rodgers was realistic so only two options who fit the definition of what Philadelphia wanted were Russell Wilson and Deshaun Watson and neither would waive their respective no-trade clauses to consider the Eagles.

On Friday, Hall of Fame writer John McClain, who recently retired after a 40-year career at the Houston Chronicle, explained that the Eagles made a strong push for Watson at last year’s trade deadline.

“I’ll tell you the Eagles made a strong run for [Watson] last year before the trade deadline,” McClain told JAKIB Sports on Friday’s BIRDS 365 show. “But [Miami was] the only place he would go and having the no-trade clause in his contract helped him tremendously because a lot of teams were interested and he rejected the Eagles as he did some others because he was determined to go to Miami.”

According to McClain, Watson’s preferred destination wasn’t about talent, location, or even money at the time.

“[It wasn’t] because [Watson] thought the Dolphins were going to be a great team but people who know him well, they were speculating that he wanted to go to South Florida because stars can kind of disappear [there].”

A deal with the Dolphins was ultimately in place with the caveat that Watson settle what were 22 civil allegations of sexual misconduct during massage sessions at the time. The QB’s camp managed to agree to settle with 18 accusers but there were four holdouts and the deal was scuttled.

Watson, of course, was ultimately traded to Cleveland on March 18 of this year when the Browns agreed to give him an unprecedented five-year, $230 million fully guaranteed deal.

The Eagles again tried to convince Watson to waive his no-trade clause for Philadelphia before the trade to the Browns but he again refused.

A separate NFL source told JAKIB Sports at the time that Watson is close to Hurts off the field and is very cognizant of how difficult it is for African-American quarterbacks to get opportunities in the NFL and did not want to take away his friend’s job with so many other suitors available to him.

Since moving to Cleveland, the civil allegations against Watson have increased to 24 and an explosive New York Times report from Jenny Vrentas linked the QB to 66 different massage therapists, a group that included the sexual misconduct allegations, as well as sessions that involved consensual sex.