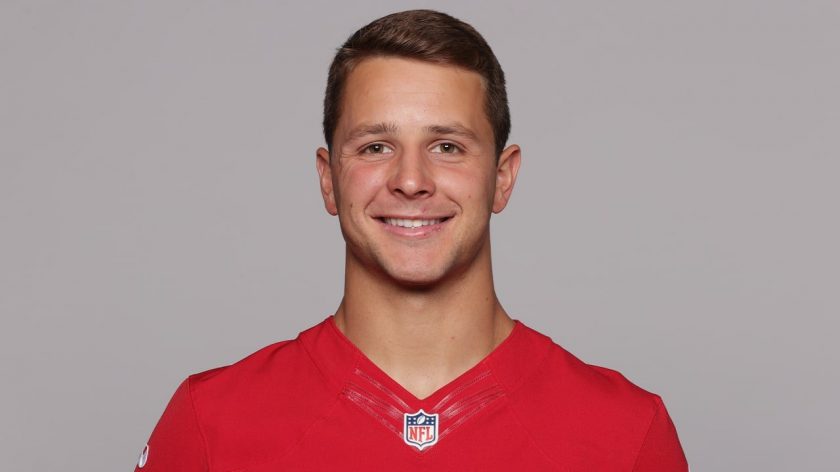 It’s far more likely that history ultimately records Brock Purdy as a one-hit-wonder rather than the next Tom Brady.

“That Thing You Do,” was a pretty, catchy tune though.

For the non-Tom Hanks fans out there that was the fictional blockbuster song from the Erie-based band in “The Wonders,” which quickly took the lads from doing gigs at Villapiano’s near the airport to local rock shows, county fairs, and finally all the way to Hollywood.

Brock Purdy’s version of Tinsel Town in that analogy is Super Bowl LVII and the 2022 Mr. Irrelevant has just one more hurdle until he gets there: the Philadelphia Eagles in the NFC Championship Game.

Piloting the San Francisco 49ers after injuries to both Trey Lance and Jimmy Garoppolo, the Iowa State product has won seven straight games to start his professional career, the last two being playoff wins over Seattle and Dallas.

If the Niners upset the Eagles at Lincoln Financial Field on Sunday, Purdy will become the first rookie QB in history to win a conference title tilt.

Four other rookies have been in this position but failed. They are:

-Pittsburgh’s Ben Roethlisberger – The Steelers lost to the Patriots, 41-27 in 2004 and Roethlisberger went on to win the Super Bowl the next season.

You don’t need seven degrees of separation to connect Purdy to the Eagles.

Philadelphia head coach Nick Sirianni is very close with Purdy’s former college coach with the Cyclones, Matt Campbell, while defensive end Matt Leo was a teammate of Purdy’s at Iowa State, and Jalen Hurts dueled against the 49ers’ signal-caller when the Eagles’ QB1 was at Oklahoma in 2019 with the Sooners winning a 42-41 barnburner.

“I remember when he came in straight out of high school,” Leo said of Purdy on Wednesday. “He was allowed obviously to be around the team but he already was working out and working out before the semester even started. Seeing that kind of competitive nature in him, I kind of knew what he was going to bring to the team.”

Hurts, meanwhile, reminisced about the game against Iowa State in which Purdy led a furious comeback, only to end up a little short when failing on a two-point conversion to win.

Hurts gained respect for Purdy that day, however.

“I have a lot of respect for him. He’s always been a really good player, has a lot of moxie. He makes plays. And he’s been doing that since college, so there’s no surprise to him when he was given this opportunity, to see the success he’s having now,” the MVP finalist said.

Typically Campbell would do whatever it takes to help Sirianni but the Eagles coach isn’t even bothering this week because he understands the better Pudy does, the better it is recruiting-wise for Campbell at Iowa State.

“Matt is obviously a great head coach, but he got a great quarterback in Brock Purdy, and you saw what he did for that program,” said Sirianni. “And all the things he did for them. I check the score, Purdy had an awesome game, and they won again.

“That’s what I notice with him, that he’s a winner.”