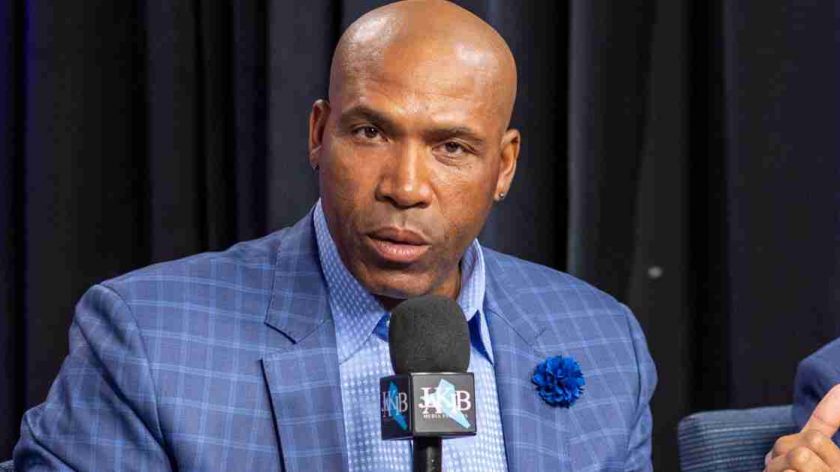 Seth Joyner is best known for being a Super Bowl champion and a four-time All-Pro linebacker, one of the better draft picks in Eagles history as an eighth-round diamond in the rough who turned into a franchise Hall of Famer.

When Joyner helps spearhead JAKIB Sports’ live coverage of the 2022 NFL Draft from Atlantic City’s Ocean Casino Resort, the former defensive star will be talking about a process that doesn’t even have eight rounds any longer.

Joyner, a member of the Eagles’ 75th Anniversary team, will join veteran sportscasters, Derrick Gunn and Rob Ellis, multimedia sensation Devan Kaney, along with another Eagles legend Mike Quick, for live coverage that will be simulcasted on JAKIB Sports’ YouTube channel as well as 6abc.com for those in the Delaware Valley. John McMullen will be reporting live from Eagles’ headquarters at the NovaCare Complex during the program.

Philadelphia enters the 2022 draft with two first-round picks (Nos. 15 and 18) and Joyner will offer his no-nonsense critique of the team’s decisions, something he did recently while appearing on JAKIB Sports’ “Sports Take” Program.

“I mean just like we’re talking about Jalen Hurts and his ability to go out there and throw the ball. What the hell? Who’s he throwing to? Joyner asked rhetorically. “He has one guy he
can throw to (DeVonta Smith) – well two, he can throw it to [Dallas] Goedert, he can throw it to Smith. After that man, it’s a crapshoot.”

That kind of uncertainty puts Philadelphia in play to take a wide receiver in the first round for the third time in three years after Jalen Reagor in 2020 and Smith in 2021.

“I’m hearing chatter from everybody is we need to take a wide receiver with one of these draft picks,” Joyner noted. “Well dammit, that’s three first-round draft picks in a row at one position you cannot do that.”

Joyner himself was drafted by the Eagles in 1986 at No. 208th overall, as a little-known project out of UTEP.

Before the accolades started to pile up, the Spring Valley, NY native was actually released in training camp as a rookie before the team brought him, back in season.

Once things started to click with Joyner, he showed off a unique combination of speed and power and was a key member of some of the best defense of the era, topping out as the runner-up for Defensive Player of the Year in 1991. Joyner ultimately got his Super Bowl ring as a member of the Denver Broncos in 1998, which turned out to be his last game as a professional.

Joyner is currently a football analyst on FS1 and as well as Eagles Pregame and Postgame Live on NBC Sports Philadelphia.