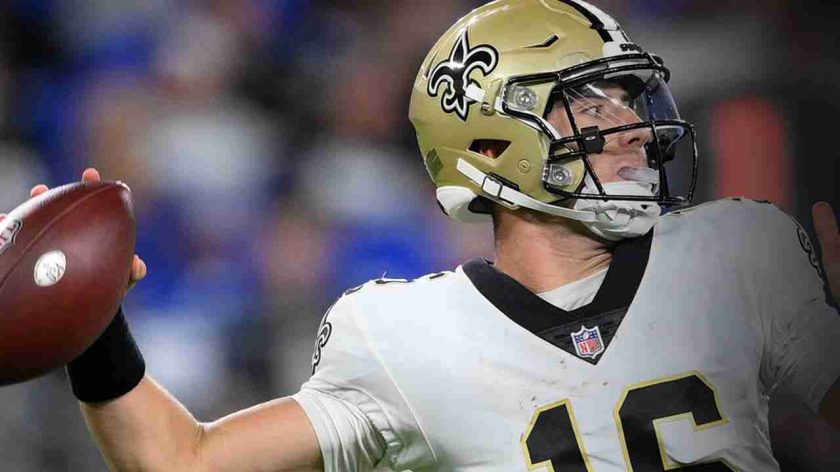 PHILADELPHIA – The Eagles have their third quarterback after being awarded Ian Book off waivers from the New Orleans Saints.

The former Notre Dame star will fit in as Philadelphia’s QB3 behind starter Jalen Hurts and backup Gardner Minshew. The Eagles will have to make a roster to move by 4:00 PM to fit Book on the 53-man roster.

Overall only 33 players were claimed with the Bears (6), Doug Pederson’s Jaguars (5), and the Giants (4) accounting for over 45% of that total, not a good sign for the talent levels on those rosters.

Eagles GM Howie Roseman foreshadowed the addition after cutting down to the initial 53 on Tuesday.

Turns out the Eagles will have four on that expanded list of 70 with reports of Reid Sinnett being brought back to the practice squad.

Philadelphia can officially start assembling its 16-man practice squad Wednesday afternoon. Center Cameron Tom, who played all 65 offensive snaps in the preseason finale against Miami is being brought back, as are undrafted cornerback Mario Goodrich, and Olympic hurdler Devon Allen.

Book, 24, was Notre Dame’s all-time winningest QB before being drafted in the fourth round of the 2021 draft by the Saints. He was forced to start one game as a rookie, a December loss to the Dolphins in which he went 12-of-20 for 135 yards with two interceptions.

In three preseason games this summer, Book played quite a bit and completed 42-of-65 passes for 315 yards with two touchdowns and two interceptions.

The Saints, though, are set at QB with starter Jameis Winston, veteran backup Andy Dalton, and jack-of-all-trades Taysom Hill as the emergency option.

At 6-foot and 205 pounds, Book is undersized but has functional movement skills and natural leadership traits. His 30 wins as a starter is a program record for the Fighting Irish, one of that nation’s most successful programs, and his 72 career touchdown passes is second in school history.