Eagles are running out of mulligans after loss to Saints 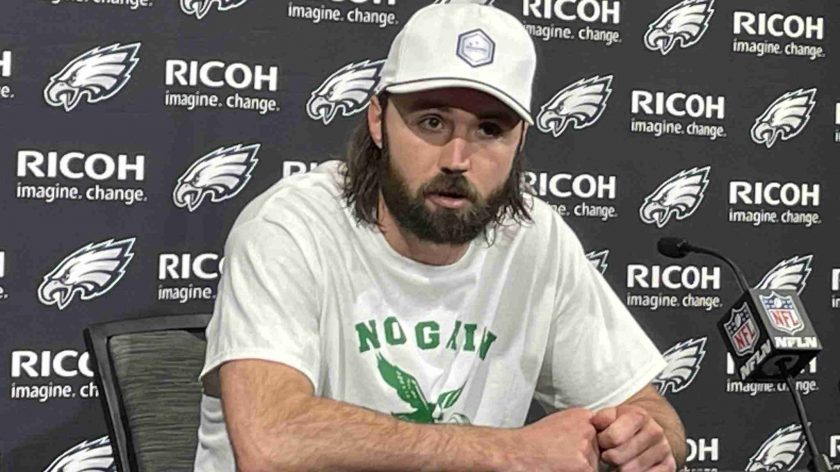 PHILADELPHIA – The Eagles have used all their mulligans and there is one more opportunity to seize the NFC East and the conference’s No. 1 seed, a Week 18 matchup against the playoff-bound New York Giants.

What seemed like a foregone conclusion before Jalen Hurts’ SC joint sprain in Chicago last month, now is a little more perilous with both Dallas and San Francisco in the rear-view mirror.

A second consecutive loss with backup Gardner Minshew at quarterback, this one a disappointing 20-10 setback to New Orleans on New Year’s Day at Lincoln Financial Field, has tightened up the race for NFC supremacy.

At 13-3 the Eagles still control their own destiny and a win over the Giants next week means a division title and a first-round bye in the playoffs. A setback, however, coupled with either a Dallas win over Washington and/or a San Francisco win over the Los Angeles Rams, could have the Eagles tumbling in the playoff bracket.

The good news is that the Giants have nothing to play for next week after clinching the sixth seed in the playoffs with a win over Indianapolis. New York can’t move and with a matchup with deeply-flawed Minnesota likely, the Giants will likely not want to risk injury to any of their key players.

Meanwhile, as unlikely as it may be, there are avenues to back into a division crown with a loss by the Cowboys and the No. 1 seed with a setback by the 49ers. However, both teams are facing teams already eliminated.

Sirianni, though, noted that the Eagles have been leaking oil tied to the injuries of key contributors like Jalen Hurts, Lane Johnson, and Avonte Maddox.

“Any time you lose a game, any time you don’t perform the way you think you should perform you’re going to be upset and humbled, but that’s not a bad thing,” teh coach said. “You go back to work, and you get better from it.”

The Eagles manhandled the Giants with Hurts, winning 48-22 on Dec. 11 at MetLife Stadium to clinch a playoff berth. However, they also topped Washington and Dallas in first meetings before losing the rematches.

“That just goes to show you, it’s hard to beat the same team twice,” Pro Bowl edge rusher Haason Reddick said. “We’re going to need a laser focus and for guys to lay it on the line next week because this is the one. In the regular season, this is now the biggest game of the year so far.”

The postseason looms no matter what but the only first-round bye in the conference remains paramount.

““We’ve got playoffs, we know that, but as far as locking up that number one seed and getting that first-week bye then having everybody have to come through the Linc to play us, his next game is the most important one,” Reddick said.

Brandon Graham noted there could be a silver lining to two consecutive losses.

“I feel like maybe we didn’t need those two weeks off before we actually play a real, real game, so I look at it like, we have to finish off the season right, then we get a bye, then we get to rolling,” said Graham. “I just look at it like a positive that’s going to come from this. We fought to the end.

“I’m looking at the positives. We still have everything right in front of us. Nobody said this was going to be given to us.”

And Graham is looking forward to the challenge,

“I love it because these types of games make you focus in a little more. Even though we’ve been focused, but life has a way of doing stuff and making you think like, you know, we have to learn from this. We have to get better from this,” he said. “We just keep playing.”