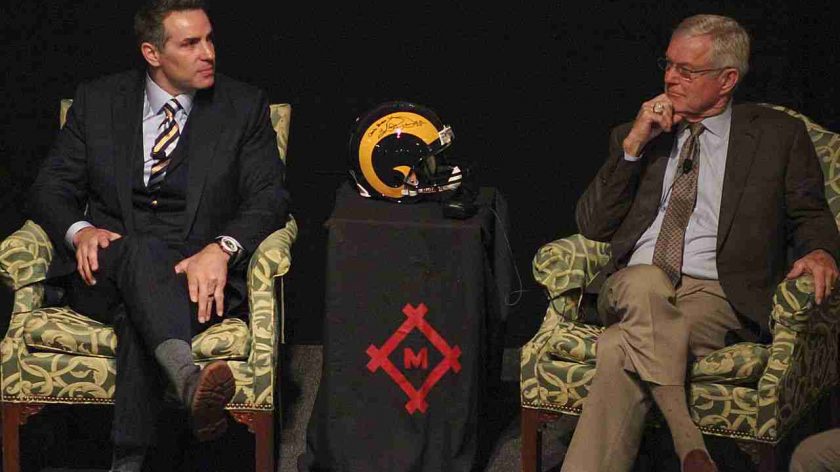 The height of what is now defined as a Hall of Fame coaching career for Dick Vermeil came with a Lombardi Trophy in St. Louis but when the former coach receives his gold jacket in August, his stint with the Eagles will be at the forefront per the man himself.

Vermeil, who has kept his main home in the Deleware Valley since the California native arrived to coach the Eagles from UCLA back in 1976, recently confirmed to NBC’s John Clark that he wants to be inducted as an Eagle.

“Philadelphia is my home team. It’s where I live and deeply identify with the community”

-Dick Vermeil told me he had to choose a team when he goes into the Hall of Fame in August. He won a Super Bowl with the Rams, but his heart is in Philly 💚 pic.twitter.com/PnYok0jee4

“I’m going in as an Eagle,” Vermeil told Clark. “Philadelphia is my home team. It’s where I live and deeply identify with the community.”

The two most recent former Eagles players inducted into the HOF were Harold Carmichael in 2020, although the ceremony was delayed due to the COVID-19 pandemic, and Brian Dawkins in 2018.

The current Eagles organization has the reputation as one of the best in the NFL but that was hardly the case when Vermeil arrived after a decade of losing. The Eagles’ last winning season pre-Vermeil was 1966 and he had the team on the plus-side of the ledger by his third season in 1978 and in the Super Bowl two years after that.

When the Eagles made the playoffs in 1978 under Vermeil, losing to Atlanta in a wild-card game, it was the first time the franchise was in the postseason since the famed 1960 championship game in which Philadelphia topped the Packers to become NFL champions.

Vermeil had the team at 11-5 by 1979 and the group recorded its first playoff win since 1960 with a WC win over Chicago before ultimately bowing out to the Tampa Bay Buccaneers in the divisional round of the playoffs.

The next season was 12-4 and wins over Minnesota and Dallas to earn a spot in Super Bowl XV, which turned into a disappointing 27-10 setback to the then-Oakland Raiders.

A fourth consecutive playoff berth followed but by 1982 Vermeil, known for his relentless work ethic that set the standard for future generations, left the profession as a whole for 15 years citing burnout.

A high-profile stint in the booth as a college football announcer ended with a return to the sidelines as the head coach of the Rams in 1997 but not before Jeffrey Lurie mulled bringing Vermeil back to Philadelphia a few years earlier before deciding on Ray Rhodes.

Under Vermeil, Kurt Warner started his own HOF fun, and the Rams, dubbed “The Greatest Show on Turf” topped the Tennessee Titans, 23-16, in Super Bowl XXXIV.

-John McMullen covers the Eagles and NFL for JAKIB Sports