After a rough bout with food poisoning, Zach Pascal has been better than advertised 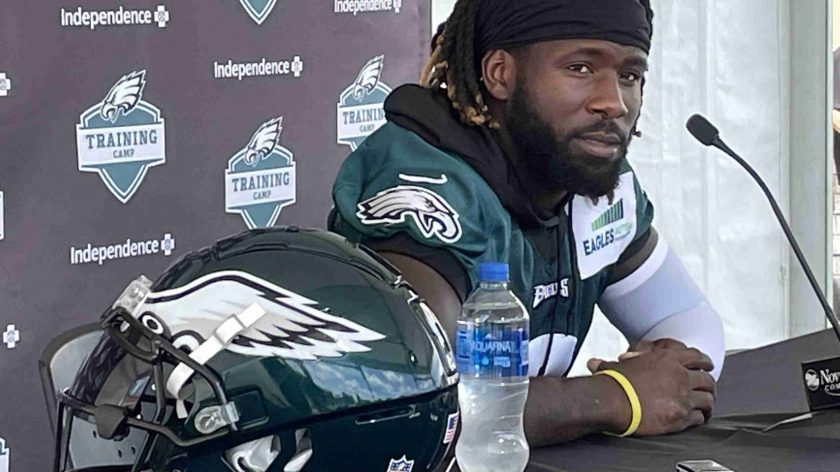 PHILADELPHIA – For most of the Eagles’ receivers the biggest impediment during an average practice is the organization’s impressive trio of cornerbacks.

For Zach Pascal, it was a chicken quesadilla.

The 27-year-old Nick Sirianni favorite was forced into the hospital due to food poisoning that ultimately cost Pascal 16 pounds before he was able to return on Aug. 6.

“I wouldn’t wish this on no man,” Pascal said earlier in the summer

“I ain’t going to lie. It probably took me five or six days. I had to gain my strength back. Especially my strength in my stomach. After throwing up so many times, that muscle tends to get sore and tender.”

Listed at 6-foot-2 and 215 pounds typically, Pascal dipped below the 200-pound mark as a receiver who is known for doing the dirty work in the running game, coupled with the attention to detail that Sirianni, a former receiver himself who is a stickler when it comes to route-running, swears by and a work ethic that was used as an example by the Eagles coach even before he was reunited with Pascal.

“It’s all about details now,” Pascal said of the Sirianni/Shane Steichen offense. “Here right now we’re focused on a lot of details. And as you can see if we lock in on the details a lot of big plays can be made. I’m not saying that we didn’t focus on details in my other offense but this is like a major, major, major key. The details, the splits on where we line up. The depth on the yardage. Everything is for the quarterback.”

Despite lingering effects from his illness and trying to put weight back on Pascal was an almost immediate surprise in practice with his playmaking skills, especially in the red zone.

On Tuesday, Pascal was able to beat the Eagles’ best CB, Darius Slay, in the end zone, using his size to give Jalen Hurts a safe window to throw the football against a big-play specialist on the defensive side.

Uncertainty has quickly turned into confidence for Pascal.

“It’s tough but if you eventually lock in and say this is what I’ve got to be able to do to do this,” Pascal explained. “The focus that you put into that is just day by day, hit the weight room. Hit your strengths, your conditioning. You’ve just got to get back in the weight room. Being able to do that, everybody was looking out for me, it took me two weeks to get my weight back, or probably a week and a half to get my weight back.”

Because of the goodwill Pascal had built up with Sirianni and passing game coordinator Kevin Patullo back in Indianapolis, his status on the roster was never really in question.

The thought is that Pascal is the WR4 in the Philadelphia offense behind stars A.J. Brown and DeVonta Smith, as well as Quez Watkins.

It might be almost a 3A and 3B situation with Watkins and Pascal, however. The former is the likely choice when the Eagles need a big play in the passing game and the latter getting more reps when Sirianni is game-planning to take advantage of his top-ranked running game. Pascal may also get the nod in the red zone due to his size and savviness and almost surely will get plenty of reps in four-minute offense situations late when the Eagles are playing with the lead.