A Mixed Bag in Chicago for the Eagles 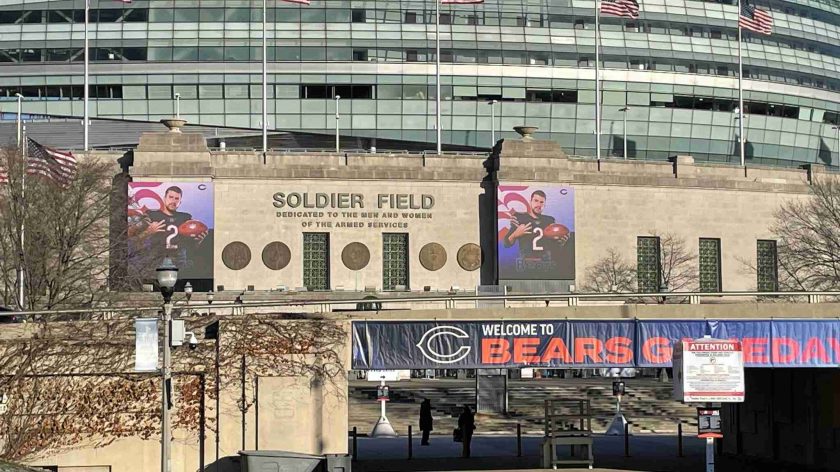 CHICAGO — In a league where the reputation is parity, the Eagles’ 13-1 record obviously stands out.

And you don’t get there without fighting through some things. Philadelphia didn’t pack its A-game next to the winter gear needed for the frigid Second City but the Eagles did pile some perseverance into the carry-ons, enough to outlast a limited Chicago team, 25-20.

The Eagles were uncharacteristically careless early with two Jalen Hurts interceptions, and Miles Sanders lost a fumble later for the first time in the 2022 season, allowing the hapless Bears (3-11) to hang around for most of the afternoon.

“We’ve got to protect the ball, we’ve got to clean up the details,” said A.J. Brown. “Because when it matters [in the playoffs], it’s going to be hard — stuff like that can’t happen.

“And sometimes there ain’t no coming back from that.”

The Eagles are also striving for the “standard,” en route to the cusp of the NFC East title, the No. 1 seed in the conference, and the franchise record for wins, all virtually a fait accompli after Dallas collapsed against Jacksonville on Sunday. One win in the final three games which starts at the Cowboys on Christmas Eve will get Philadelphia where it wants to be.

Somehow Jalen Hurts had his worst game of the season at Soldier Field with a 64.6 passer rating, and yet still made history, becoming the first player in NFL history to throw for 300-plus yards (315), rush for 50-plus yards (61), and score three times on the ground despite admittedly struggling with a different kind of cold in Chicago on Lake Michigan.

Always eager to learn when Hurts hit the field for pre-game he was a bit startled, first trying out a glove for his numb hands before ditching it by game time.

The QB1 also noted that he didn’t have “good vision on the field,” and must be better when tuning himself into the extreme cold.

“I ended up throwing two interceptions and hurt the team,” Hurts said.

After it was over, Hurts arrived at his post-game press conference with the smooth stylings of Anita Baker emanating from his cellphone.

“Getting me some sweets on the plane ride home,” Hurts said. “Watch the tape, learn from it, and move forward.”

Maybe the strangest aspect of the game was the plan, which was pass-heavy despite the weather resulting in not only the uncharacteristic turnovers but also some rare big hits to Hurts, one of which left the powerful signal caller on the turf for a bit as all of Philadelphia held its collective breath.

Hurts eventually popped up with the help of teammates.

Nick Sirianni did his best to explain the thought process of his game plan.

“You go in there and think you have some matchups you like,” the coach said. “At the end of the day, A.J. Brown had (181) yards and DeVonta (Smith) had 126. So we saw some matchups that we liked out there. I think that’s just how we went out today. It wasn’t our best game.”

When the Eagles did run it was Hurts heavy with 17 carries for the QB, although two were in victory formation at the end of the game. Sirianni did note that the high number was also RPO driven, however.

“That was part of our game plan against the defense we were looking at,” Sirianni said. “It’s not necessarily quarterback-centric, but you’re reading things on the backside [of the defense].”

Critics, of course, see flaws coming out of Chicago and it was quickly noted that Philadelphia can often get uncomfortable in January as well.

Hurts was quick to retort “it ain’t Chicago.”

True but neither will the team(s) coming into Lincoln Financial Field for the postseason.